Among the X family,the one that really got my attention is the Jzx100.The look is more like a combination of sport and executive,which make cool! here is my fav model,produce by Weld sport japan.brief info on the company, specialist on welding and custom made car parts,their also famous for modifying the D1 cars,like Daigo Saito Jzx100 and Tokita Toyota Crown. 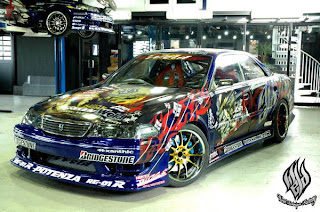 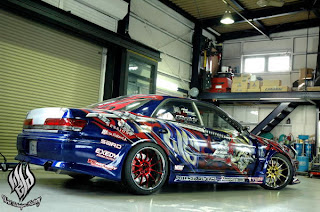 Words from the brain of singbluesiliver at 8:21 PM 0 say the word

A change in heart?

As the dateline slowly coming,i still havent got a news about the chaser..im not hoping much but..anyway while i was hanging out with my buddies last saturday night,one of my friend told me about getting a "track car" (cars that were bought in from japan/singapore but no legal document) in the form of a nissan 180sx for rm6k..damn i was tempted..and i know its dangerous and risky..lets say if i buy the car,i will be using the document and registration number from my previous car..im still thinking about it,but if the track car is a nissan skyline R32 i will definetly take it..hahahaha..that is my one of my dream car eventhough is not a toyota..but the decision is still not final,we just have to wait and see what family that i rooted for.. 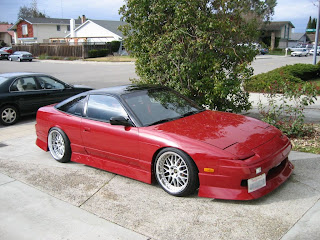 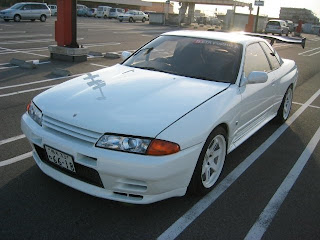 Words from the brain of singbluesiliver at 5:04 PM 0 say the word

For me,when rebuilding a car,i like to learn the history of the car,so that i can know more about the vehicle im dealing with..

special thanks to the sifu at Jzxproject.com for creating the wiki section for Mark II x81/ xchassis and all its family!

here the info (this is just a tip of an iceberg,to know more u can always check out)

The Toyota Mark II is a model name used by Toyota for several decades.
The first Mark II, called the Toyota Corona Mark II was an upscale version of the Toyota Corona sedan sold by Toyota. By the 1970s, the Mark II used a separate platform from the plain Corona and was much larger. Once the platform was separated, the car became known simply as the Toyota Mark II.
Subsequent Mark II models spawned several variations, each of them sedans but with different styling. The sportier Toyota Chaser and Toyota Cresta appeared in the late-1970s.
The Mark II found much success throughout its life as the definitive private-use executive car in Japan (the larger Toyota Crown was considered more of a chauffeur-driven car for upper management, and the Toyota Century is the flagship sedan on a presidential level). The Mark II and its variants often sold in numbers comparable to the smaller Toyota Corona and Toyota Corolla. Popularity peaked in the 1980s and the Mark II was available with engines ranging from a 1.8 liter 4-cylinder to a turbocharged 2.5-liter than pushed the 280 horsepower (209 kW) self-imposed limit of the Japanese auto industry. Like the first-generation Corolla in 1966, the Mark II would come to symbolize Toyota's winning formula of capturing its customer's upward aspirations through excellent perceived quality.
Several generations of the Mark II was sold overseas under the name Toyota Cressida, which was Toyota's flagship offering in the US and Australia. An enlarged Mark II was the starting point for a new US-bound Toyota flagship - the project would evolve on to become an all-new car, the Lexus LS400. The Cressida would soldier on for another few years until the first designed-for-America Toyota Avalon was introduced as Toyota's new US flagship. In Australia, the Cressida was withdrawn from sale in early 1993 so as not to compete against the new widebody Camry-Vienta, and Lexus ES300 and LS400.
In the mid-1990s sales began to slide as customers moved toward minivans, SUVs, and sometimes keicars in light of Japan's extended economic slump. Toyota began reconstructing its luxury sedan line, eliminating the Chaser and Cresta and introducing new nameplates such as the Toyota Verossa, and the slightly smaller Toyota Progres, Toyota Brevis and Toyota Altezza (the Lexus IS). The Mark II would receive a new station wagon variant, the Mark II Qualis, in 1997, but that car is the station wagon version of the 1997 Toyota Camry. In a few years a Mark II redesign would bring about an authentic Mark II estate, the Blit. However that has also failed to set the sales chart alight. While Toyota continued to dominate the Japanese sales charts, the Mark II's appearance in the top 20 was increasingly rare.
In the late 90's, the Mark II design slightly changed once more. Becoming increasingly popular among auto enthusiasts in the mid 90's, Toyota went for a more aggressive approach. Couple with a powerful engine and solid chassis, the Mark II is a formidable platform for a fast car. The JZX90 and JZX100 chassis had the optional Tourer V model. The Tourer V had a reinforced body, sport suspension, stronger drivetrain, and a turbo 2.5 liter inline 6 engine know as the 1JZ-GTE. It came from the factory with 280 horsepower and optional 5-speed transmission. The 1JZ-GTE engine is very easily upgradeable and with very little money, 330hp was easily attainable. The internals of the 1JZ-GTE engine can handle 500hp without modification.Template:Fact This makes the Mark II Tourer V a popular choice among tuners, enthusiasts, and drifters.
The latest, 12th Generation Mark II was released in 2004, renamed the Mark X. This redesign is a consciously more sporting effort in an attempt to revive the nameplate. The Mark X model being sold in Japan is fitted with the 4GR-FSE (2.5L) and 3GR-FSE (3.0L).
Words from the brain of singbluesiliver at 8:21 PM 0 say the word

searching for the right one...

currently waiting the news from a friend of mine at sarawak,he said got one chaser x81 for sale there,cars+shipping will cost around rm10k..lets hope this will happen..otherwise i'll have to buy the local model overhere..

consist of a few different face lift.(same chassis different look).which is mark II itself,cresta,cressida,and chaser.. it also said that the major different between x81 and local model lx80 is lenght and height..x81 is 7mm longer and 3mm lower than the lx80..despite the x81 is a frameless model.. 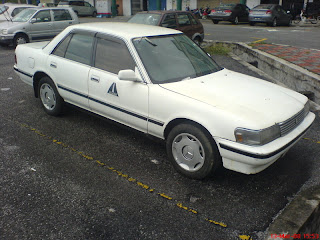 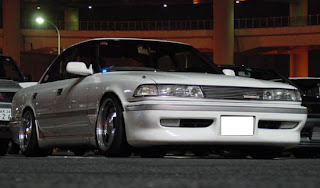 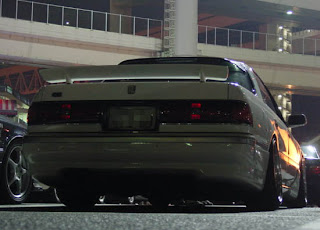 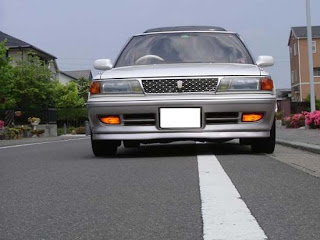 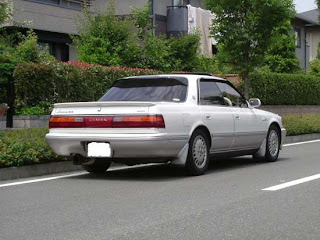 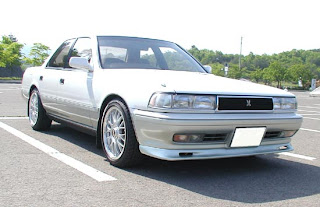 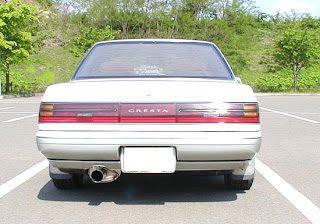 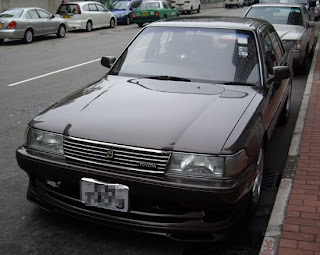 Words from the brain of singbluesiliver at 11:11 PM 0 say the word

this is my second blog....decide to switch on to a something new....

freedom-spec is actually a name that was given by one of D1 drifter Tsuyoshi Tezuka to his car Toyota Mark II Jzx 81 ..

in malaysia,its pretty hard to find this Jzx81 model,the closest thing that we can get is its cousin the Lx80 model and it came in form of a taxi....yupe and the famous name for the Lx80 is the teksi KLIA...

i'll tell u guys more on my next post
Words from the brain of singbluesiliver at 12:35 AM 0 say the word