it was kinda sad for me and probably most X8 fans over the world when Bon Bon decided to swap his chaser for a skyline and he is maybe the only hope of seeing Jzx81 perform in the International Drift scene..but there still a light at end of the tunnel as one japanese american fella decided to ditch his Jzx90 and make it into Formula D with a X83 cressida!!!wuhuu...
his name is Hiro Sumida of Team Driftpro,owner of several Jzx90 and Jzx83...Previously sponsored drifter (Team Falken with jzx90) turned privateer...
profile: http://www.driftpro.com/hiro_sumida-moonlight.html 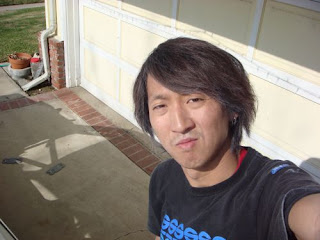 Hiro..i assumed he is kinda a well known person,judging from his friend that he mention in his blog like Orido,Taniguchi,Koguchi and many other D1gp driver.. 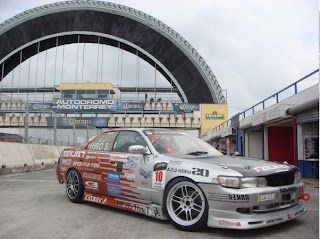 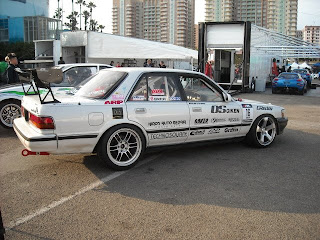 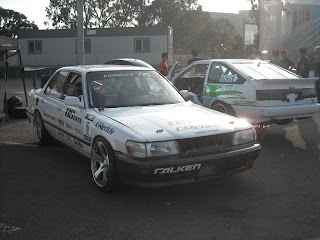 Jzx83 cressida he using to compete in FD...2jz powah!!! but seriously his car need aerokit and slamming big time...

check out his Blog on his rebuild project and daily dairy at http://blog.driftpro.com/
a really interesting reading material,enjoy!
Words from the brain of singbluesiliver at 8:46 AM