An example on how it gonna look like when i'll be fitting the Gtr intercooler with a stock bumper.. 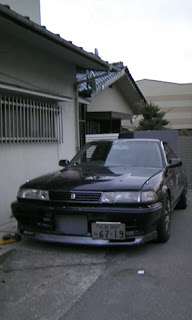 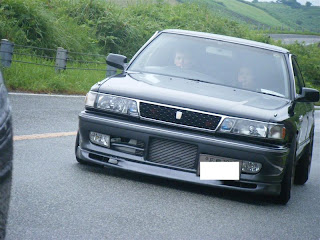 much more clearer....oh wait this a chaser

this two picture that i posted above are actually the same car,belong to japanese guy nicknamed "Wash GT" and he also have a blog called "280 is pony...what!!?"..originally the car is a Mark II model,but the car later on involved in an accident thus the owner change the facelift to a chaser instead..(the whole nosecut!)
Words from the brain of singbluesiliver at 3:55 PM