this is Zul Hachiroku so called daily car,when he first got the car it was 1jz N/A,then he swap to a GTE,only weeks after the transplant,as he was cruising (or should i saw wangan hehe) the oil pump on the engine decided to fail and bye-bye 1jz...now it got a more stronger heart,a 2jz! 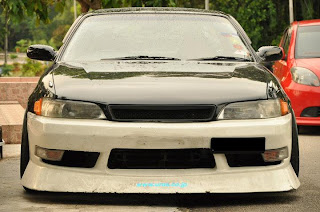 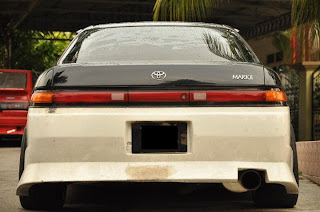 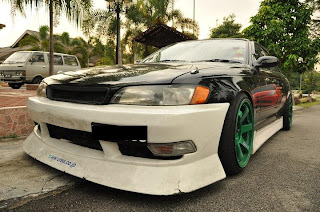 18inch Rota wheel that he bought from the Thai Drifter at 2009 Formula D Malaysia..i forgot the spec..
Zul is now sourcing for a 6 speed Gearbox as currently the car is an auto tranny..so what we can expect next Zul??
Words from the brain of singbluesiliver at 5:17 PM

wow so cool! he can still drift in automatic (if Drifting is his thing) but its not as good as 5-speed or 6-speed.

he said it strictly for daily hehe...for drifting Zul used the sr20det AE86

FIY he is also an expert in tuning microtech management..so i bet u can all ready guess why he needed the manual gearbox hehehe...

he now hunting for fmic kit for jzx90...ehehe