no im not a convict but i feel like blogging about prison now, not an ordinary one, as it was among the oldest prison ever build in Malaysia..so old that can be called a piece of history..Pudu Prison or Goal Pudu was first build on 1891 and 4 years later it was completed. 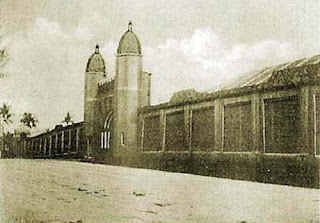 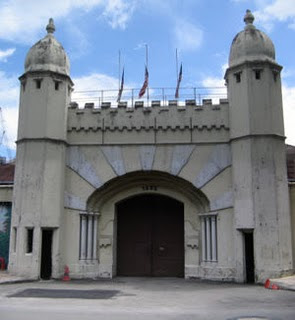 the entrance to the world of wall 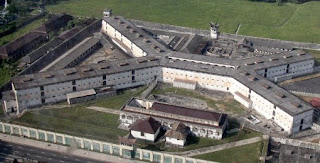 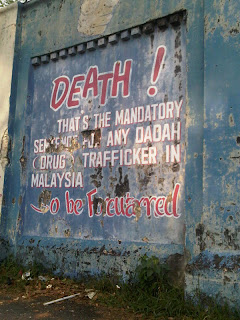 the wall was full of mural over 384 meter long and was the longest in the world
Pudu Prison was closed in November 1996, it was open to the visitor after that..too bad i didn't have the chance to go there.
u must be asking why im posting all this...because yesterday 21/06/2010 this history place was gone forever from boleh land to make way for the so call future development..
the last moment..only the walls that was left in the way...actually the deconstruction already begin in early 2009..
more photo and great info here
http://translate.google.com.my/translate?u=http://www.prison.gov.my/pride/index.php%3Fview%3Darticle%26catid%3D37:warta-sejarah%26id%3D318:penjara-pudu-dalam-kenangan%26option%3Dcom_content%26Itemid%3D75&sl=ms&tl=en&hl=&ie=UTF-8
Words from the brain of singbluesiliver at 12:29 AM