Its not my time!

first of all i would to say thank you to Mr. Temujin for giving the link on Mudah.my about the exact price of the R32 4doors in my previous post and encourage me to go check out the car..so i went to see the owner and soon after that another potential buyer arrived..i must say i was head over heels, the car was in a pristine condition,really worth it for rm35k..the car was original bought in from Japan to London by the previous owner..and the current owner used his student AP to bring it back to Malaysia in 2006.. .unlike the other buyer (an early 50 years old chinese man with his son in the 20),i didnt bother checking the engine becoz its just a stock rb20det or asking technical stuff to the owner..circling around for about 10 minute before i pop the last word in closing the deal..since i dont have enough cash at the moment,i offer the owner rm500 as a deposit,and request a week time to settle the payment..quickly he refused,and ask for 10% from the price he stated and a month to clear the rest...the other party left for a while after hearing that only to come back with the deposit..huhu i guess u all ready know the ending.. 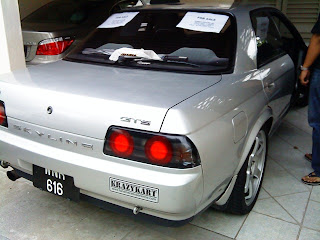 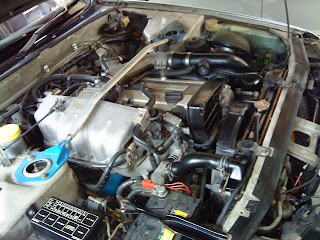 the original was a DE version, after a few series of overheating,owner change it to DET 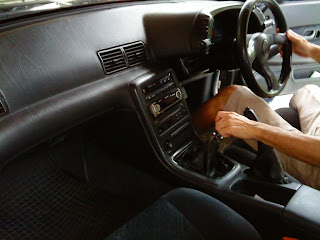 noted that if i do buy the car, i have no intention to sell Jyu, the r32 will serve as my daily stock car (thats why i dont mind the engine) and the Mark II will continue to be my project poser car..but since that ain't gonna happen..the white rust bucket outside my house will remain to serve me for both occasion hahaha...

this is the second time, my closed encounter with r32 4doors...the first one was a few years back that was on sale for rm38k..and im not entitle to apply for a personal loan that moment..

truly is its not my time..yet..hahaha

Words from the brain of singbluesiliver at 5:51 AM