part one : sound at the gate!

some of u might be wondering why does changing a clutch plate could take up to a week,here is why.. 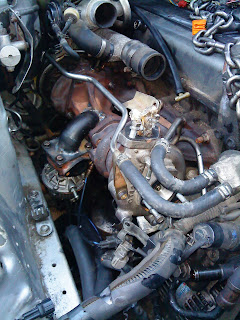 working on something most dont prefer, putting a wastegate on a twin turbo..because it won't last long, twin turbo installation is a bitch, and the single turbo is the easist way to go..since i got the wastegate and turbo at a bargain price,hey what the heck! my welder Za swear this is the last time he ever gonna do a thing like this..LOL i promise if the turbo dies again,im going for single turbo setup! 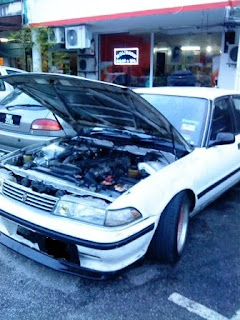 car is done yesterday,but we failed to get the wastegate to open and the boost spike up to 1.1bar and straight to boost cut~huhu that is too much pressure for the twin to handle...still working on it~ 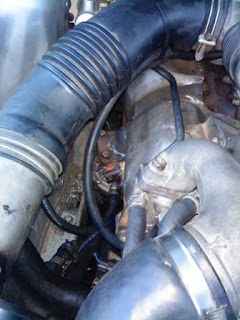 after all the parts installed,u can barely see the wastegate as that the only space available to put it..i like it that way make engine look stock hehe...

btw the clutch and gear shifting feel great,hehe and noted to self,never get too excited, silly me playing too much with gear causing my dashboard speaker cover to break into pieces,(dont ask how it happen hahaha) and mistaken pumping rm15 of Ron 97 fuel instead the regular Ron 95 at the time when im dead broke hahaha....duhhhhh~

Words from the brain of singbluesiliver at 3:11 AM