it's a honda month on speedhunters! keeping up with the theme,here a story about my honda
Back in 2002 when i was in the first year of university,my dad bought a car. its a 1993 Honda Accord Sm4
(i keep persuading him to get a nissan cefiro a31 instead but he is a honda enthusiast hehe) .
so it was kind of my unofficial first car, i drive and mod it like it was mine..
in the time where internet and car forum is the next best thing..the only cool nickname that i can think of for the cyber world is sm4_spoon~duh..hahaha 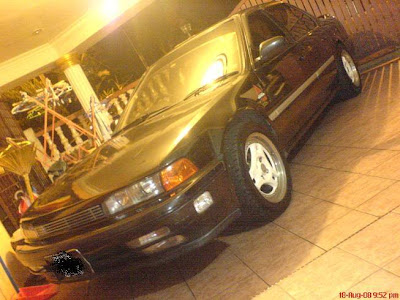 i love everything about this car except its engine~2.0cc auto sohc carburetor~the plan was to swap a vtec engine but it never happen because i was still a full time student then jobless person but the most important thing is im not the owner (im glad it didn't happen,because if it did,today i might have become one honda ricer boy ~hahaha)
9 years later,the engine finally reached its life span and also the time for me to return the favor to my dad for letting me use the car all this while. 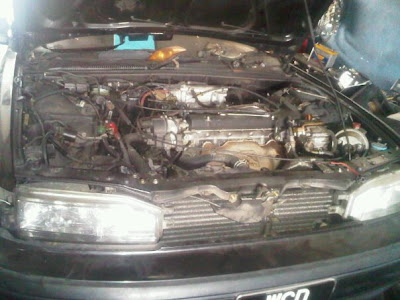 an engine swap..
no its not a 2.2 vtec,but another F20A engine,this time its a Twin Cam injection model..
(why F20A?? its cheaper (including the spare part),swap is plug n play plus i'm afraid i will be driving this car more and leave my dad driving my proton wira LOL)
currently the sm4 is still in the workshop..
the car sure have a lot of sentimental value ;)
Words from the brain of singbluesiliver at 3:14 AM